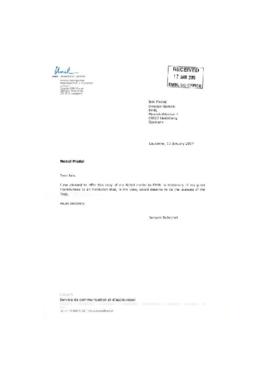 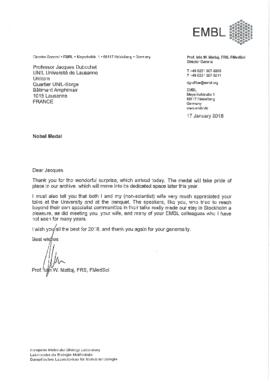 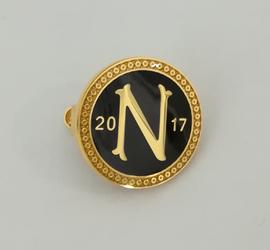 Dubochet was born in Aigle, CH and was raised in the Swiss cantons of Vaud and Valais. He attended the École polytechnique de l'université de Lausanne (which became the École polytechnique fédérale de Lausanne in 1969) from 1962 to 1967, receiving a degree in physical engineering (in French: ingénieur physicien). In 1969, he obtained a certificate in molecular biology from the Univeristy of Geneva, after which he worked under the supervision of Eduard Kellenberger between the University of Geneva and the Biozentrum of the University of Basel (founded in 1971). Dubochet obtained his doctorate in 1973 (“Contribution to the use of dark-field electron microscopy in biology”).

In 1978, Dubochet joined EMBL in Heidelberg as a Group Leader of the Electron Microscopy Applications Group within the Division of Biological Structures( later the Biological Structures Programme). He stayed at EMBL until 1987 when he joined the University of Lausanne, where he stayed until his retirement in 2007, after which he stayed on as an honorary professor.

In 2015, Dubochet received EMBL's first Lennart Philipson Award (announced in 2014-12). On 2017-10-04, Dubochet is awarded a Nobel Prize in Chemsitry, shared equally with Joachim Frank and Richard Henderson for the development of cryo-electron microscopy which enables the determination of high-resolution structures of biomolecules in solutions. His received the prize from King Carl XVI Gustaf of Sweden in Stockholm, SE on 2017-12-10.

This fonds contains material relating to Jacques Dubochet and his 2017 Nobel award for his work cryo-electron microscopy.