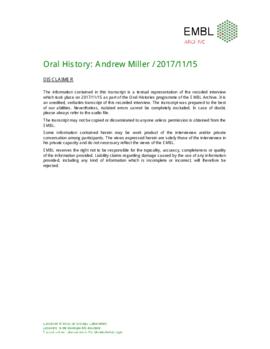 Transcript of the interview with Andrew Miller 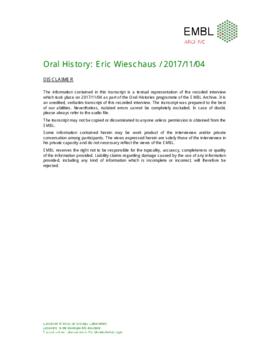 Transcript of the interview with Eric Wieschaus

This is an interview with the evolutionary developmental biologist and Nobel Prize-winner Eric Wieschaus who was a group leader at EMBL Heidelberg between 1978 and 1981. In this interview, Eric Wieschaus describes how he became interested in flies an how he and Christiane Nüsslein-Vollhard came from working with Walter Gehring to starting at EMBL. Furthermore, Eric Wieschaus gives an insight of his daily work at EMBL, especially concerning mutagenesis and later zygotically active lethals screening. He also describes the cooperation with the EMBL facilities and he gives a special insight into his impressions of EMBLs first DG, Sir John Kendrew. 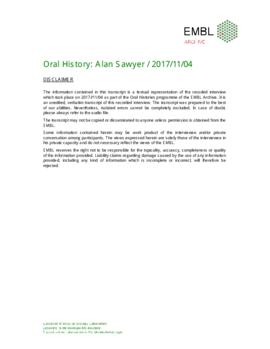 Transcript of the interview with Alan Sawyer 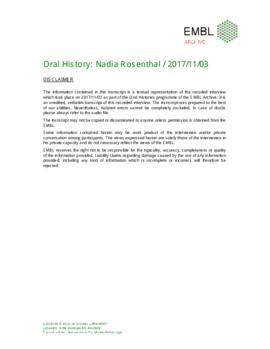 Transcript of the interview with Nadia Rosenthal