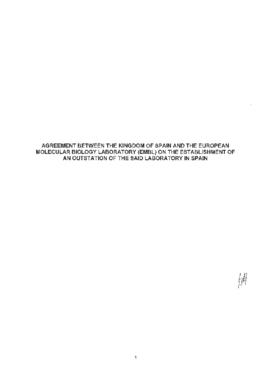 Agreement between the Kingdom of Spain and the European Molecular Biology Laboratory (EMBL) on the Establishment of an outstation of the said Laboratory in Spain (including a letter of proxy for Carmen Vela Olmo, a letter from Carmen Vela Olmo and a verbal note from the Spanish Embassy)

Agreements relating to the Grenoble site (ILL and ESFR)

Part of Heidelberg March for Science

Amendments to staff rules and regulations

American Academy of Arts and Sciences