National Academy of Sciences of the USA 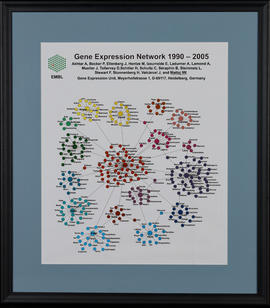 1 custom-made board game based on Monopoly, made for Mattaj in 2018 for his retirement. The rules list Keith Williamson, Rainer Menzel, Roland Block, Elke Jagomast, Evelyne Cudraz, Dominik Reske and Malcolm Jolliffe as contributors to the game.