This series contains 17 awards and honorary degrees conferred upon Mattaj during his time as Director General of the European Molecular Biology Laboratory, along with related correspondence. 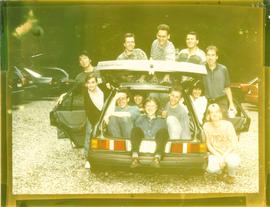 Group photo in the trunk of a car 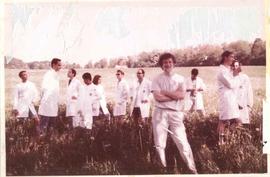 Group photo in a field