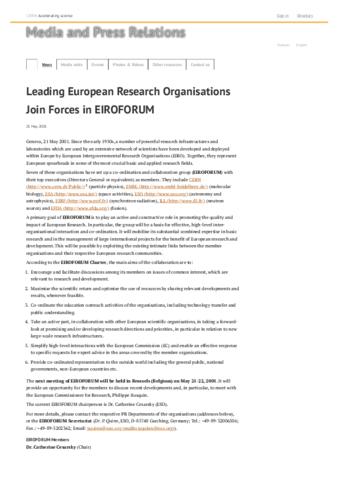 This is the CERN version of this press release, which was issued jointly by the seven organisations that are represented in EIROforum in 2001: CERN, EMBL, ESA, ESO, ESRF, ILL and EFDA.